Proper humidity in a building is one of the main items in controlling occupant comfort.  Having too much humidity in the space can cause it to be uncomfortable for the occupants.  Controlling humidity in a building has also been shown to help reduce the spread of mold, mildew, bacteria, and viruses.  iAIRE makes several products that help bring the required amount of outside air into buildings.  These include: 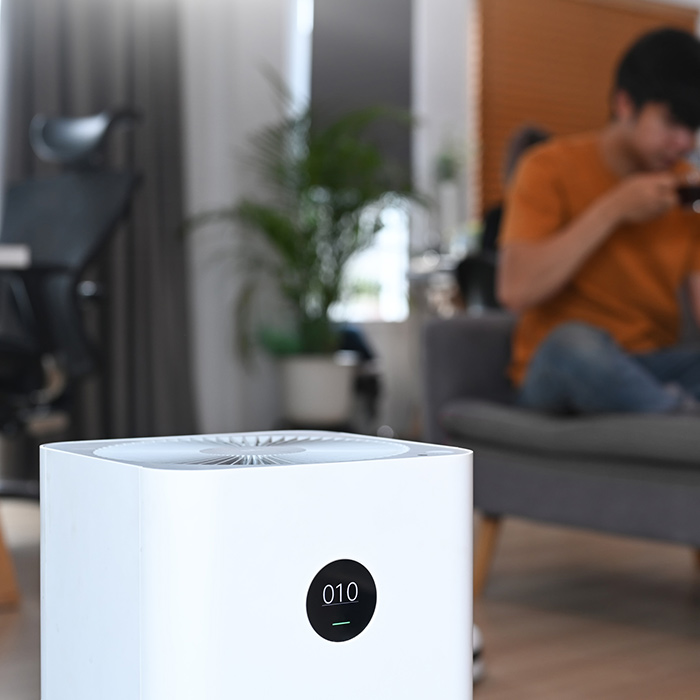 iAIRE’s makes a Dedicated Outside Air System (DOAS).  DOAS are one of the few HVAC units that are specifically designed to control both temperature and humidity.  DOAS units bring outside air into buildings.  Learn more about iAIRE’s DOAS offering.

iAIRE’s econoDRY install is an on/off hot gas reheat system installed on a customer provided rooftop or split system.  When humidity is high in the space, the hot gas reheat will be turned on warming up the discharge air in the space.  This causes the cooling system to run longer.  Moisture is removed from the system while the cooling system is running.  The longer the run time, the more moisture can be removed from the system allowing better humidity control.  Learn more about iAIRE’s on/off hot gas reheat system.

A capacity control device is a module that is installed on the refrigeration system in HVAC equipment that does not have a modulating compressor system.  When the system is not operating at full capacity, the capacity control device will allow for refrigerant to bypass the compressor causing the compressor to run longer allowing for the system to help wring additional moisture from the air and helping improve humidity control. Learn more about iAIRE’s system.